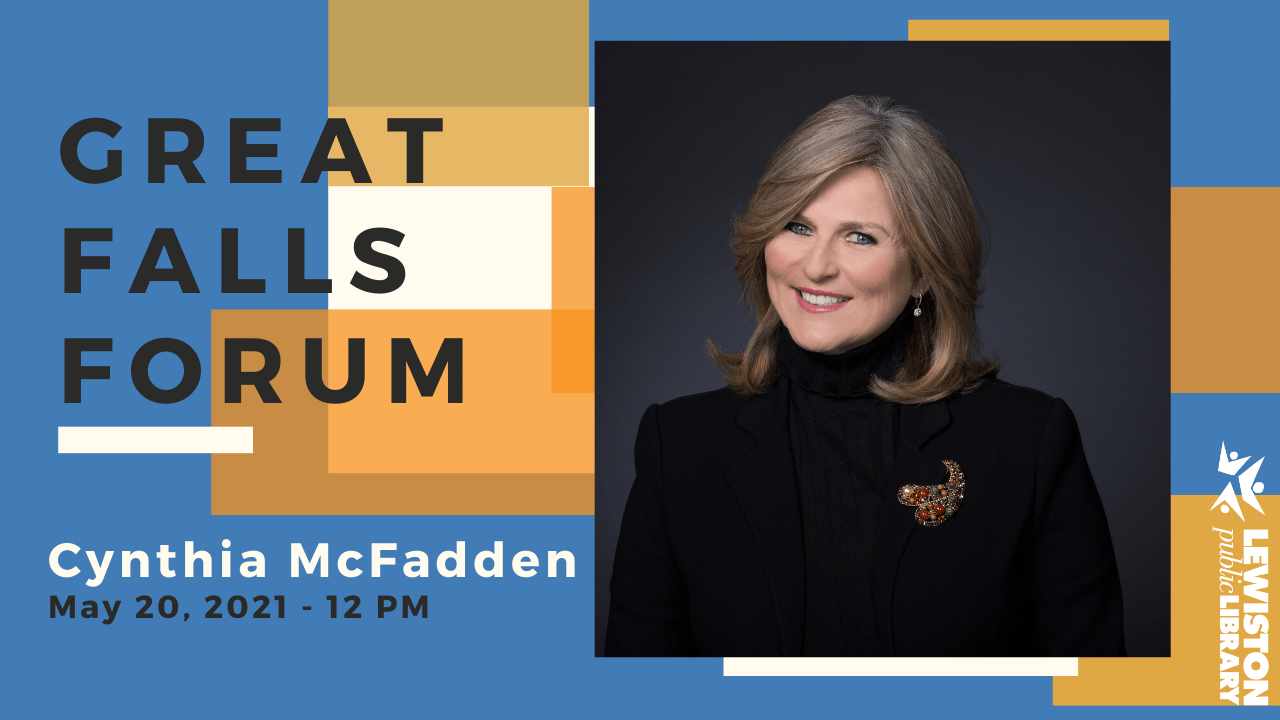 The 2020-2021 season of the Great Falls Forum concludes on Thursday, May 20th, featuring Cynthia McFadden, Senior Legal and Investigative Correspondent for NBC News, on the topic “From Maine to Madagascar (and lots of places in-between).” The program will take place from 12 – 1 PM virtually via Zoom and streamed to the Lewiston Public Library Facebook page.

In this Great Falls Forum, Cynthia McFadden will talk about growing up in Lewiston-Auburn, and how that influences her reporting around the world. The program will conclude with time for questions from the audience.

Cynthia McFadden reports on human right abuses, national security and a wide-range of other issues. Over the years her work has been recognized with journalism’s most coveted awards including multiple Emmys, the  Overseas Press Awards, an Edward R. Murrow Award, the Loeb Award, the Matrix Award and numerous others.

Before joining NBC in 2014, Cynthia worked for 20 years at ABC News where she co-anchored Nightline, having previously served as the network’s legal correspondent and as co-anchor of Primetime.

The Great Falls Forum is a monthly, brown-bag speaker series featuring statewide and regional leaders in public policy, business, academia and the arts. Admission is free to all Forum events. The Forum is a co-sponsorship of the Sun Journal, Bates College, and LPL. Recordings of the virtual Great Falls Forum programs will be archived on the Library’s YouTube channel following the live event.

For more information, please contact the Lewiston Public Library at 513-3135 or LPLReference@lewistonmaine.gov.

Oasis of Music at the Basilica Presents Fiddler Kyra Bleicher