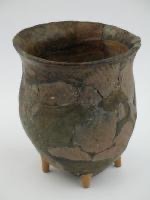 LA Arts, the arts agency for the cities of Lewiston and Auburn, Maine, is located in the traditional territory of the Wabanaki Confederacy. In June, 2020, LA Arts met with Starr Kelly, Curator of Education at the Abbe Museum, to begin a conversation about expanding awareness of Native arts and culture in Androscoggin County.

The Abbe Museum, with locations in Bar Harbor and Acadia National Park, is devoted to displaying the history and culture of Native people in Maine. July 2020 would have marked the museum’s 27th Native American Festival, which is the largest gathering of Maine’s Native artists, featuring art, music, and storytelling.

Today’s Auburn has been home to Indigenous people for more than 12,000 years. LA Arts, at 221 Lisbon Street, Lewiston, as well as the rest of Androscoggin County, is located in the traditional territory of the  Wabanaki Confederacy, the Indigenous peoples of northern New England and southeastern Canada. Today, four distinct tribes—the Maliseet, Micmac, Passamaquoddy and Penobscot—make up the Wabanaki, or the People of the Dawnland. The rapids in Lewiston-Auburn were a traditional Wabanaki site for salmon catching. The Wabanaki also used clay deposits from the river to create pottery, and planted their crops by the Great Falls. Wabanakis in this area suffered from colonization and their homelands were ravaged for almost 100 years. In 1690, the Wabanaki town of Amitgonpontook—what is now Auburn—was destroyed by English settlers, though Wabanakis continued to inhabit the region.

Today, hundreds of Wabanakis live in the Lewiston-Auburn area, contributing much to the art and culture of our community. While also discussing our state’s history, LA Arts hopes to connect artwork with the indigineous roots of Lewiston-Auburn.